Both global oil demand and supply are now close to new, historically significant peaks at 100 million barrels per day (MMbpd) “and neither show signs of ceasing to grow any time soon,” according to the International Energy Agency (IEA).

Both global oil demand and supply are now close to new, historically significant peaks at 100 mb/d, and neither show signs of ceasing to grow any time soon.

Explore the findings from our latest oil market report, out today

Global oil demand and supply are now close to new, historically significant peaks, and neither show signs of ceasing to grow any time soon

“Fifteen years ago, forecasts of peak supply were all the rage, with production from non-OPEC countries supposed to have started declining by now. In fact, production has surged, led by the US shale revolution, and supported by big increases in Brazil, Canada and elsewhere,” the IEA said in a statement published on its website Friday.

“In future, a lot of potential supply could come to the market from places like Iran, Iraq, Libya, Nigeria and Venezuela, if their various challenges can be overcome,” the IEA added.

“There is no peak in sight for demand either. The drivers of demand remain very powerful, with petrochemicals being a major factor,” the IEA continued.

The IEA said it is an “extraordinary achievement” for the global oil industry to meet the needs of a 100 (MMbpd) market but announced that twin peaks for demand and supply have been reached “by straining parts of the system to the limit”.

“Recent production increases come at the expense of spare capacity, which is already down to only 2 percent of global demand, with further reductions likely to come,” the IEA said.

“This strain could be with us for some time and it will likely be accompanied by higher prices, however much we regret them and their potential negative impact on the global economy,” the IEA added. 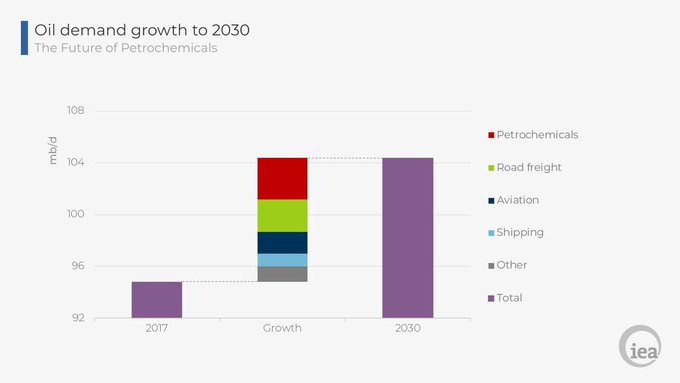 Founded in 1974, the IEA advocates policies that it says “will enhance the reliability, affordability and sustainability of energy in its 30 member countries and beyond”. Management of the IEA secretariat is headed by executive director Fatih Birol.